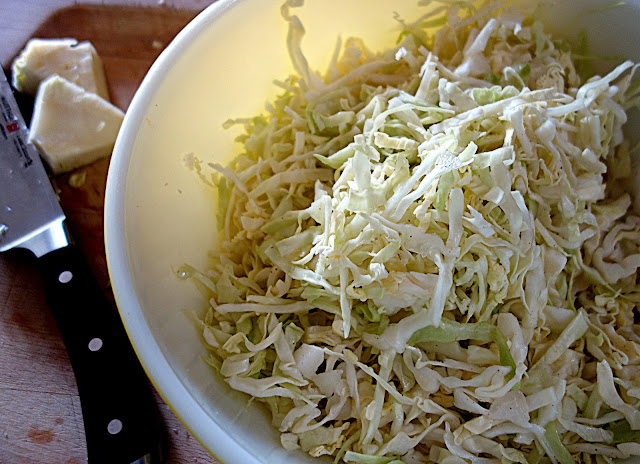 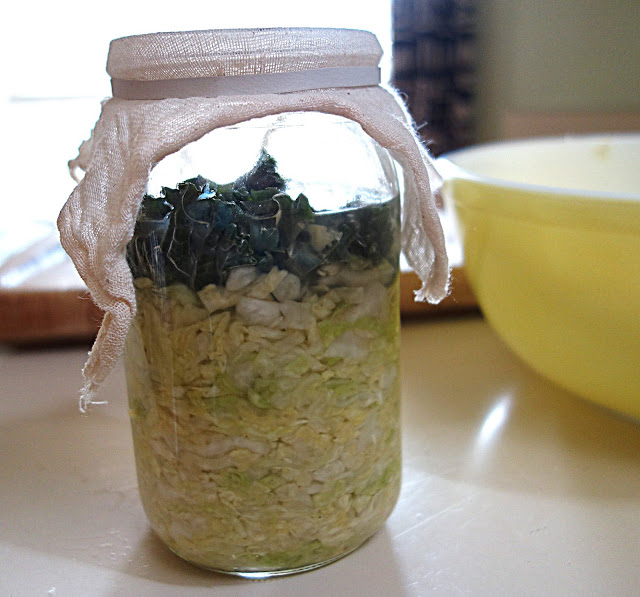 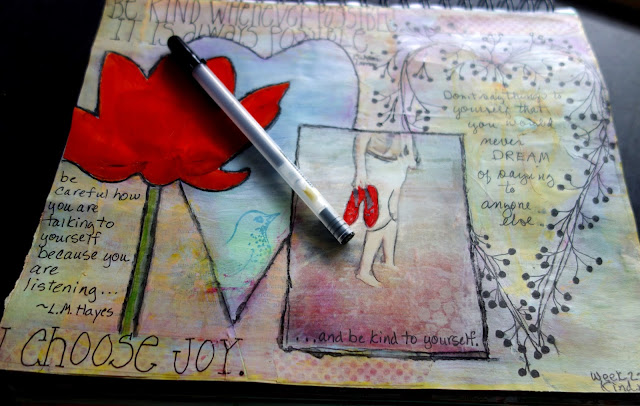 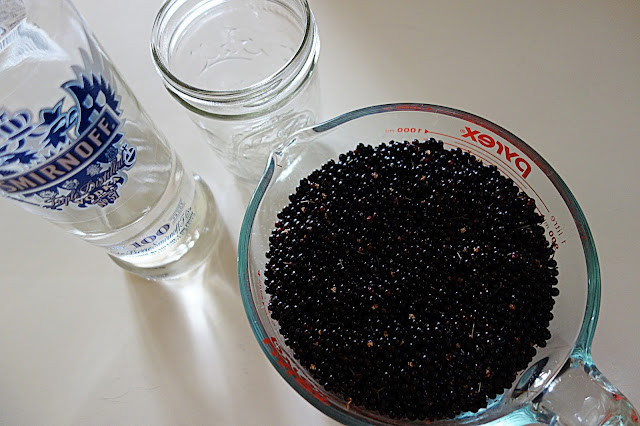 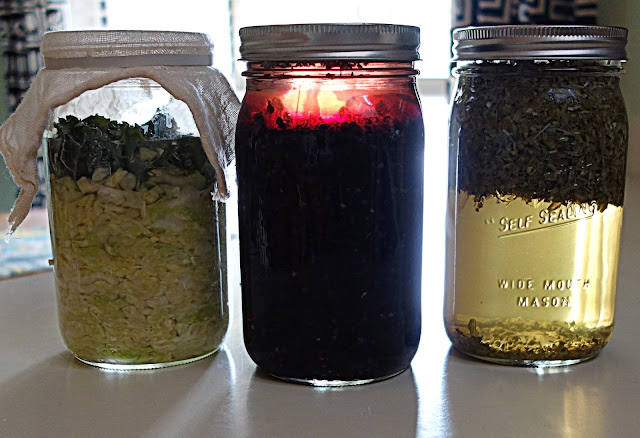 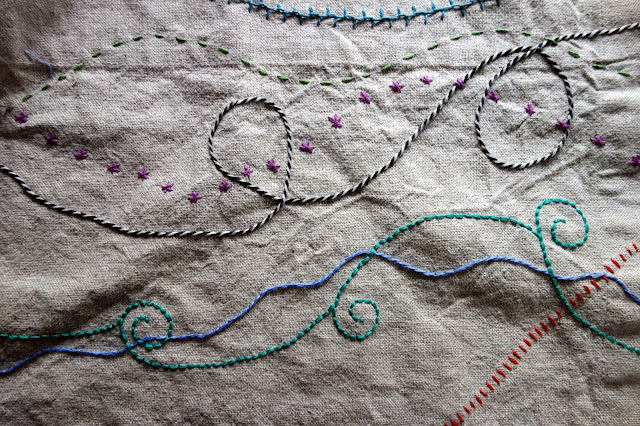 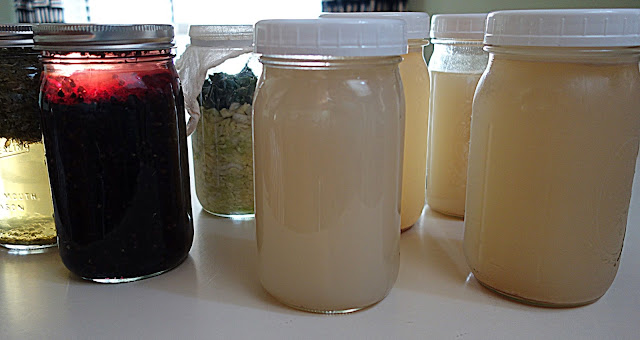 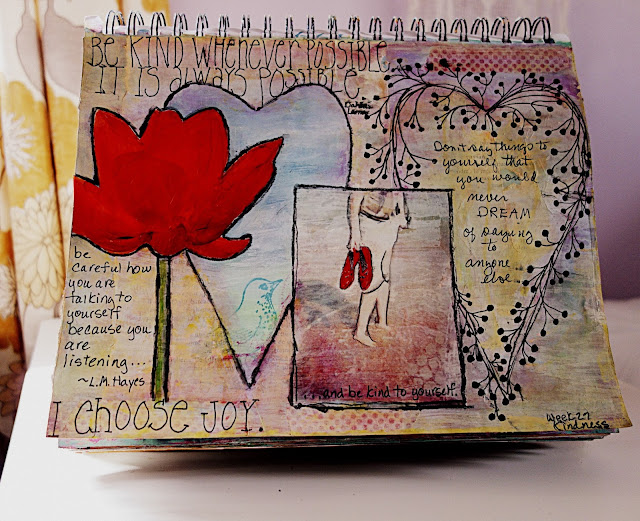 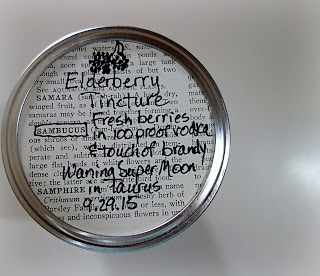 I've been making good use of the basic quart jar. The last pickings from a late-bearing elder, Sambucus sp., made up a second batch of tincture with the extra berries going into the freezer. I probably won't need to make elderberry tincture for a few years now.

Hard to believe but that is one whole cabbage fermenting in the quart jar. I recently attended a program on fermentation and the presenter recommended using Real Brand Orsa salt from natural mineral rock-salt deposits in Utah. That is as close to local as we inlanders (in Colorado) can get, salt-wise. The presenter also said to place a few cabbage leaves on top of the shredded cabbage to act as a barrier during the fermentation process but I forgot to save some leaves so I used kale leaves instead.

Bone broth has been simmering in my kitchen the last few days. Every so often I roast a good-size pasture-raised chicken for dinner and then make bone broth with what remains. I make it Meg's way -- you cook the first go-round with 1 T. salt and 2 T. apple cider vinegar for no longer than 2-3 hours, then strain. Save all the bones, etc. and repeat for another batch -- the same way -- but simmered for at least 12 more hours. Meg even goes a third round but I haven't tried that yet.

I am thinking about what color and stitch to use on my moon cloth for the current moon phase. I want the stitching to reflect the super moon but it just hasn't clicked yet, I'm a little behind.

The prompt for Journal52 Week27 is kindness. The vines around the heart sort of look like elderberries but that wasn't what I was thinking at the time. Some of the best things happen when I don't plan too much.