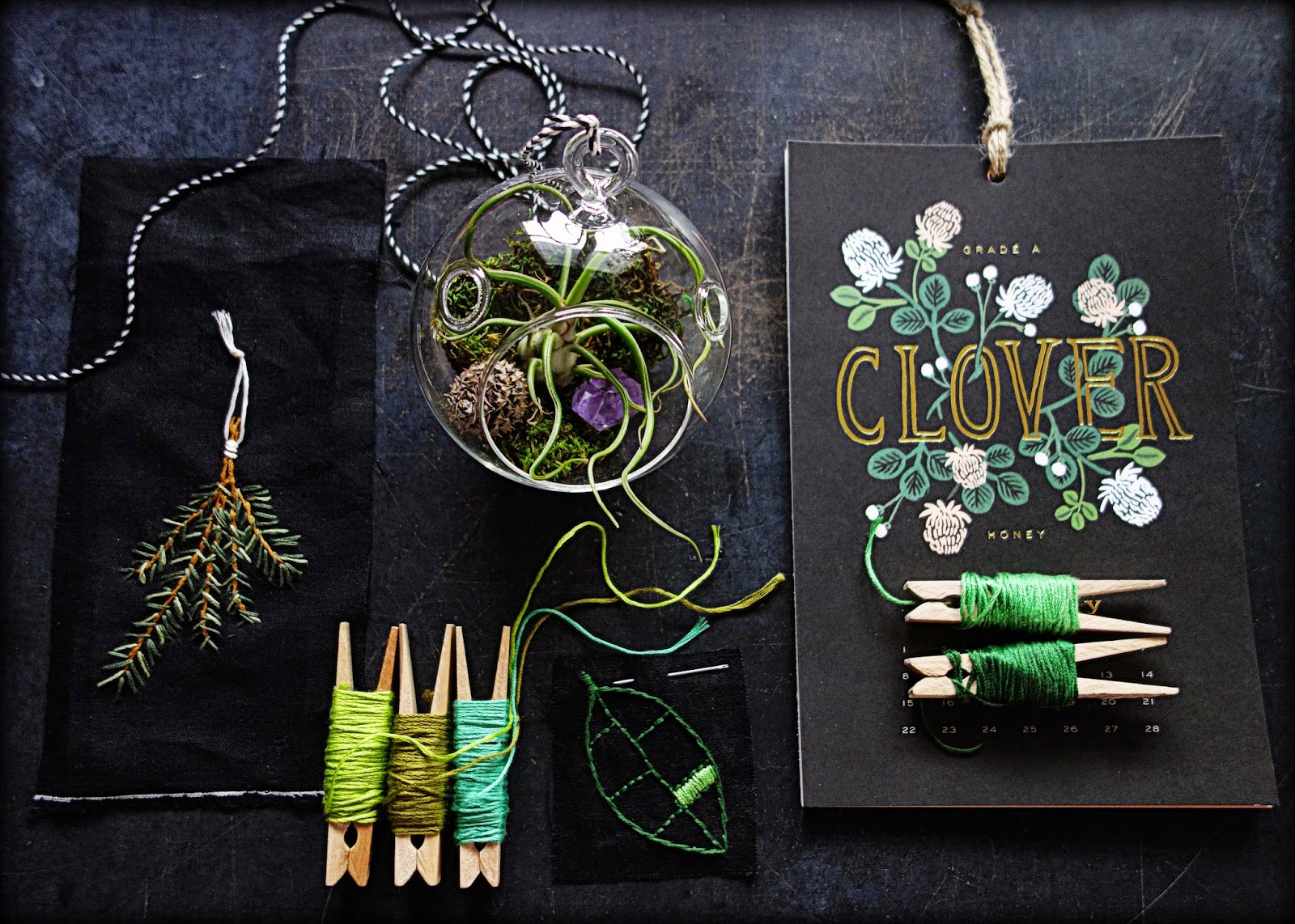 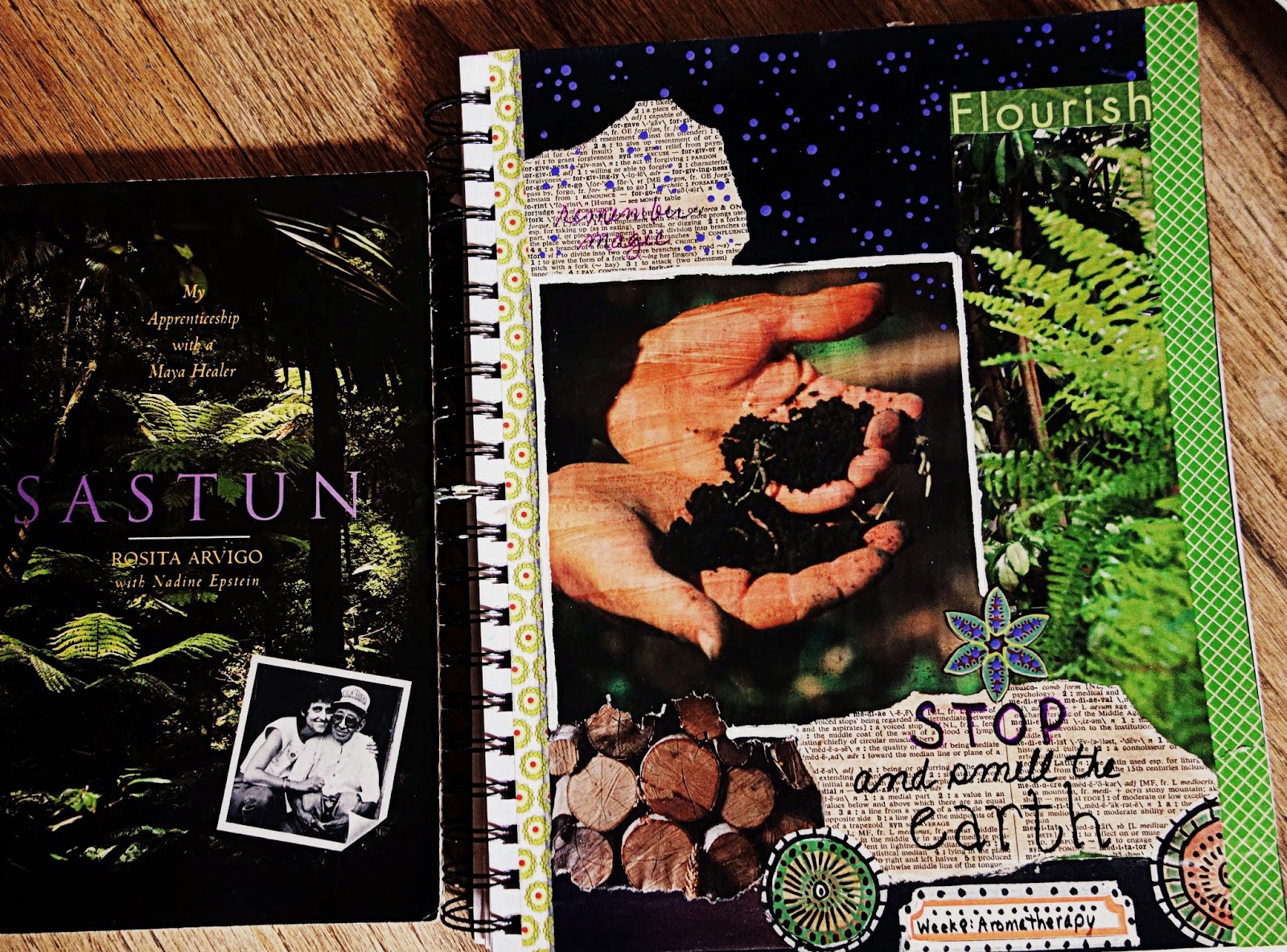 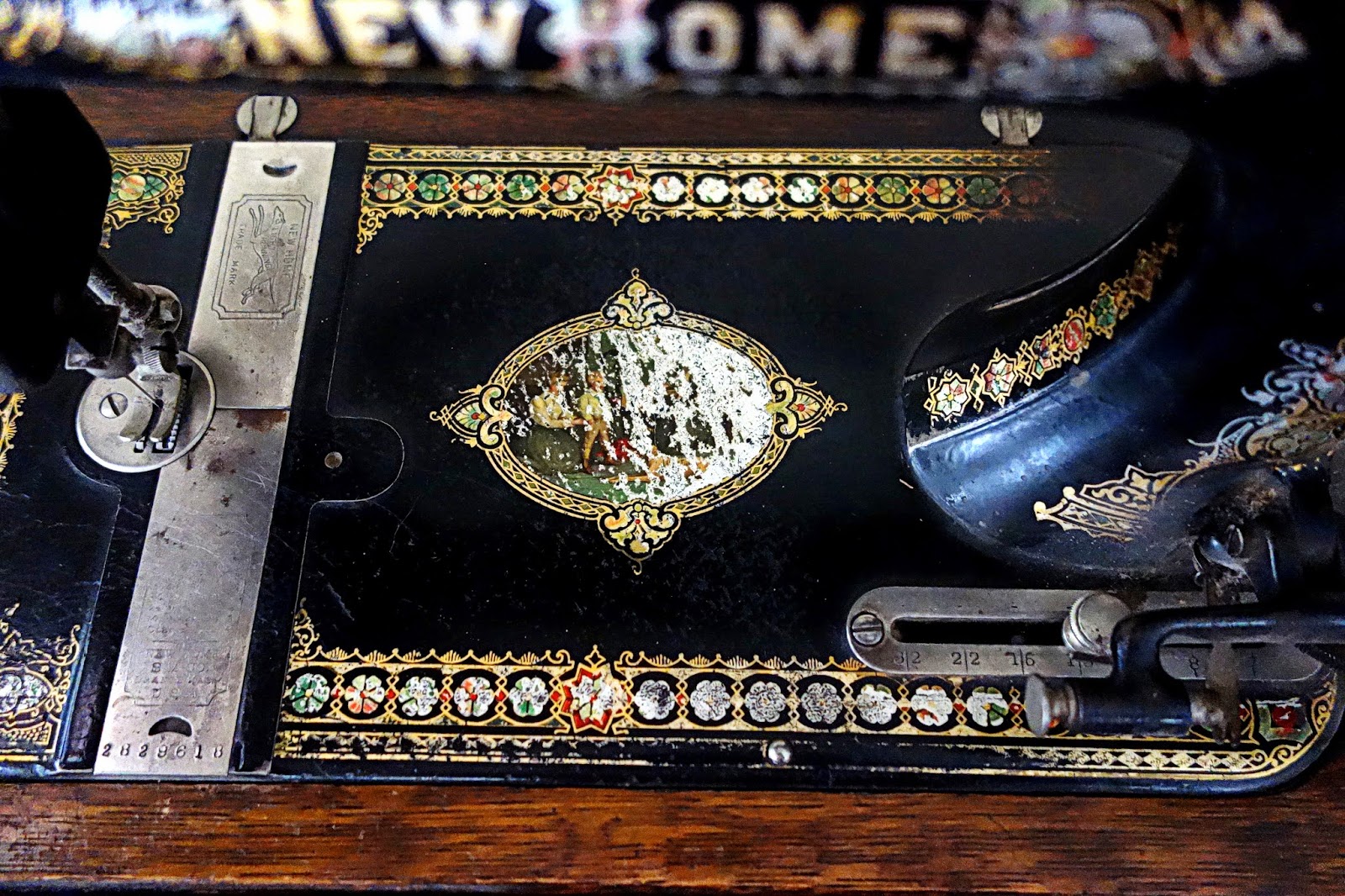 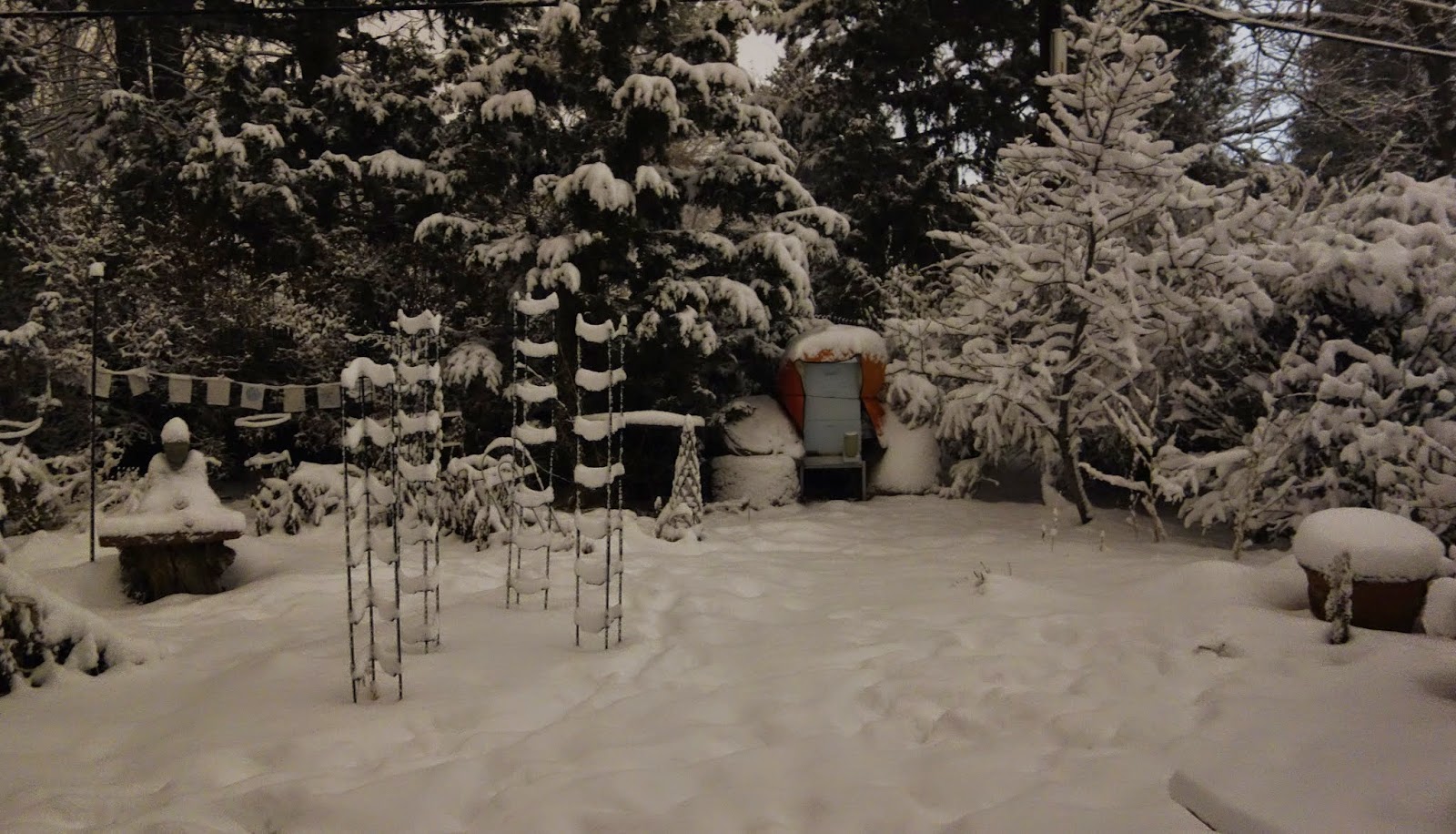 The snowy photo was taken last week at 10:30 at night under a thick layer of snow clouds. No moon or stars visible but you could still see the colors of the bee house. Snowlight.

Lately I can't get enough of green on black. "Stop and smell the earth" for Journal52 was inspired by the prompt aromatherapy and the black and green cover of the book Sastun. After finishing the journal page I wanted more -- so first a bundle of rosemary was stitched on black linen, to be a little bookcloth, I think. And next up is a leaf patch. Green on black is addictive. Black loves green. And small is the best.

We're selling our antique New Home treadle sewing machine. New plans are afoot for the space it's in so it's time for someone else to enjoy it and maybe even do a little sewing. The embellishments are still beautiful, I'm taking plenty of photos to remember it by. The worn center medallion portrays a mother, a child, a dog and probably a treadle sewing machine.

Full moon on Thursday -- I'll be mooning (as Nancy says) with stitch. And pom poms. Just discovered the magic of chunky yarn and pom pom makers.

Happy week to you.