Gooseberries, Ribes spp., are sort of labor intensive. Picking them is a slow and careful process, just take a look at the thorns. Then both ends of the gooseberry need to have a little something twisted off -- the stem on the top end and a bristly spine at the other end. That makes two times that each berry is handled.
I read in one of my herbals that studies at the Institute of Biological Physics in Russia have shown that unripe gooseberries can prevent degeneration of body cells, meaning illness and aging. They also have a cleansing effect and remove toxins from the body so they might be helpful before or during a fast. 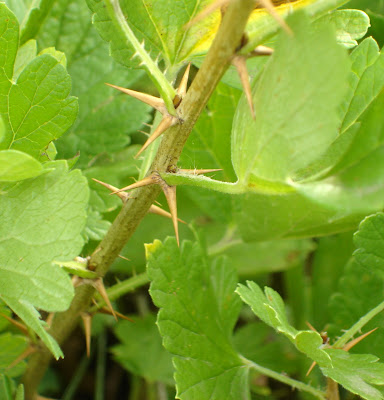 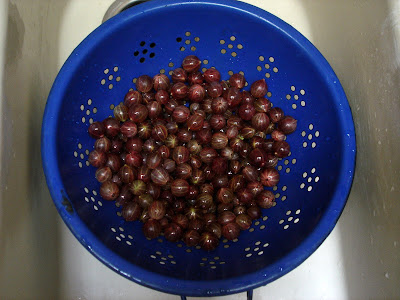 What is it about eggs that makes them merge as if they're one? 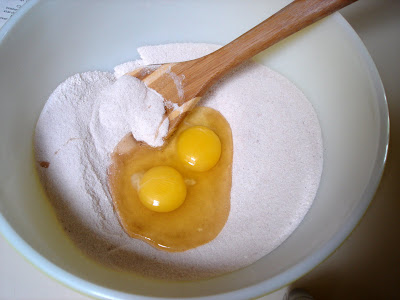 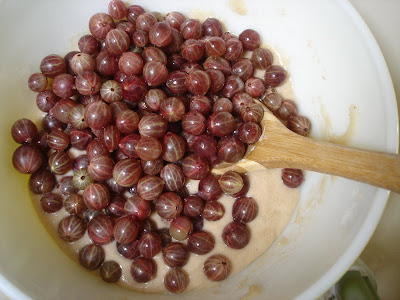 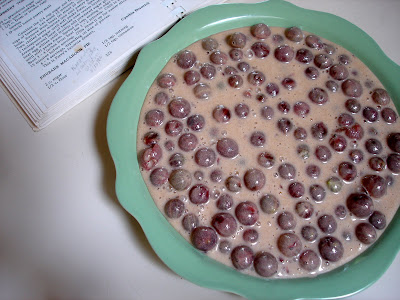 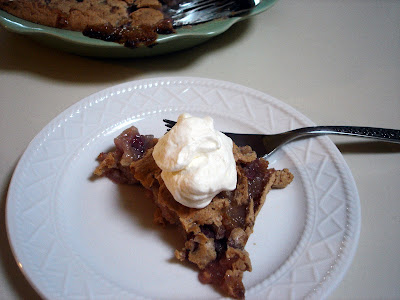 ﻿
After looking around for a pie recipe, I decided that gooseberries are a lot like rhubarb, just not as tart. So I used my annual rhubarb pie recipe, substituting gooseberries for rhubarb, reduced the sugar, and left out the crust. It still held together nicely, thanks to the two eggs.
Tasty.
Now back to some stitching . . .
Posted by Peggy at 10:38 AM