out of the dye-pot: elder/bindweed 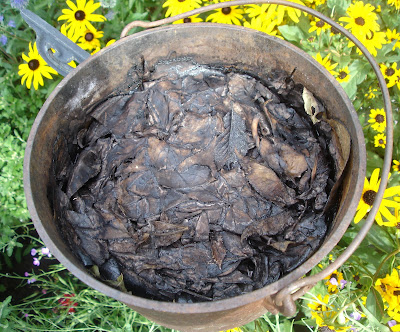 An elder leaf dye-bath was begun quite a while ago, around the time in August that Grace took out her first batch of elder cloth. This cauldron doesn't have a lid so the water level varied with the rains and was mostly on the dry side. 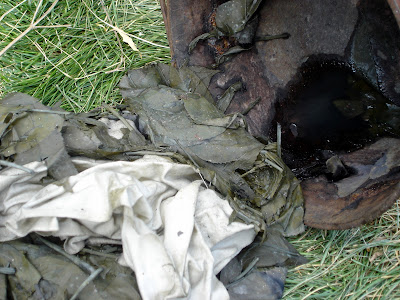 Checking it after a few weeks, it first appeared that nothing had happened. 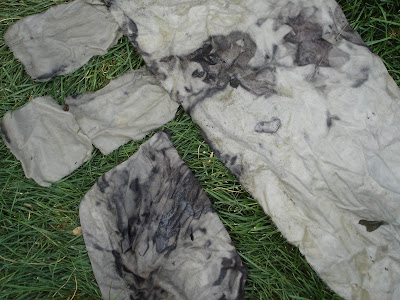 But there were actually some pretty interesting markings. Then I decided to re-dye with bindweed -- mostly because I have so much, you know. 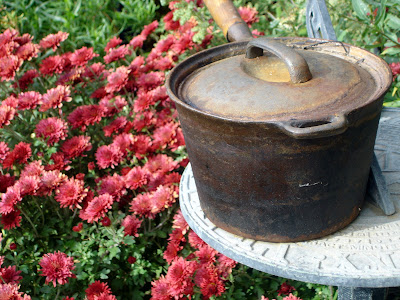 Back into a different cast iron pot, one with a lid this time. I collected a pound of fresh bindweed, added water to cover, brought to a boil, and immersed the cloth. 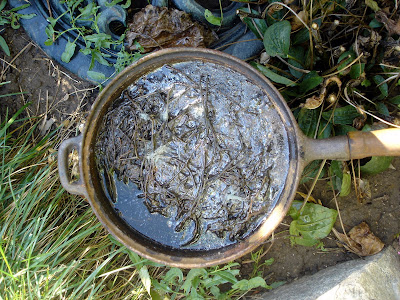 The lidded pot sat outside for at least another month. When I took the lid off, I was immediately taken back to childhood farm memories, cattle specifically, if you know what I mean. Our herding dog loved it -- the smell, the taste, everything -- she ever-so-slowly tried to steal a particularly tasty piece of cotton. 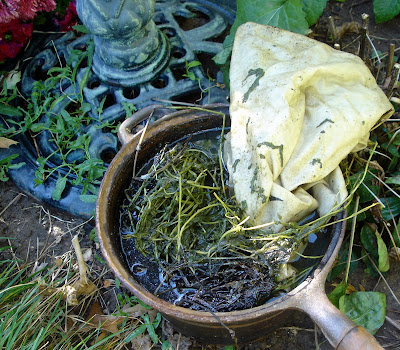 The underlayer of plant matter was still green. And notice the bindweed is still growing nice and healthy through that sundial base. 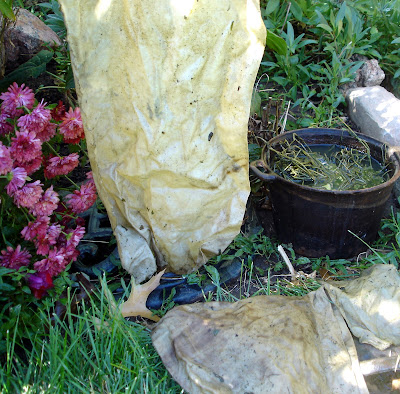 Bindweed transfer a lovely golden hue. There's hardly a trace of the markings from the elder dye-bath though. 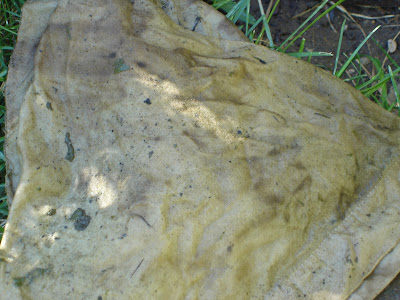